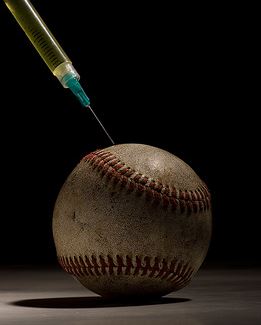 Future baseball fans will certainly look back on this time… the steroid era… and they will wonder why no one took a stand and called foul.

So this year, they stand up for the past, to show the future, that the now matters. And they will make their stand… in the stands… at the ballpark… for all to see. They knew what was going on and they did not stand by and ignore it.

They make no attempt to single out Roger Clemens or Barry Bonds. They just happen to be carrying the steroid banner presently. McGwire, Sosa, Fehr, Selig etc… All of them in their opinion are guilty of drinking from the steroid trough.

They protest the “steroid era” and like good custodians they do not accept the “everybody did it” excuse… the integrity of the game is at stake.

Their little piece of foam does not attempt to change the record book or right a wrong. That would certainly be beyond their ability and would only add to an already convoluted tangle of words and facts. This little foam asterisk simply allows the fans to demonstrate, in a peaceful simple way, that they were not blind. They were not fooled. And they did not stand by and look the other way while the integrity of the game was hijacked by greed.